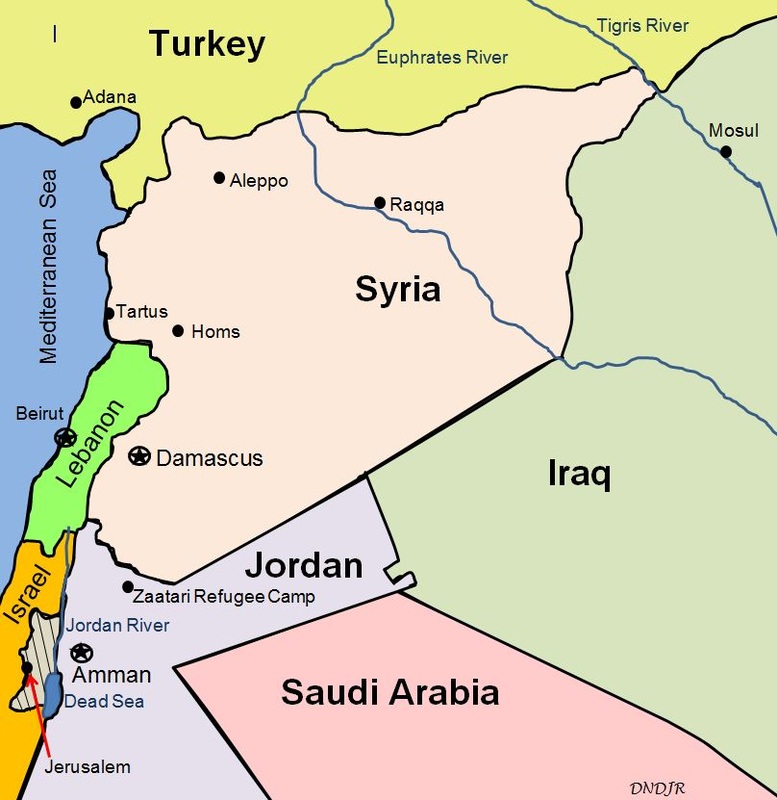 The Civil War in Syria

The following is a brief history of Syria.  It is intended as an overview to give the student a basic understanding of what caused the
Syrian civil war.  Certain important details have been shown in a lighter shade to signify importance.

1500s The Ottoman Empire began to rule Syria both directly and indirectly through local leaders.

1916 Great Britain and France conclude a secret pact called the Sykes-Picot Agreement.  These two countries agreed to create spheres of influence and control in the Middle East once the Ottoman Empire is defeated.

1918 The Allied Powers defeated the Central Powers and destroyed the Ottoman Empire.  Arab and Allied troops then occupied areas had been under Ottoman Empire rule.

1920 In April of 1920 a meeting of the Allied Council was held in San Remo, Italy.  In accordance with the Sykes-Picot Agreement, France began to govern Syria as a mandate.

1971 Hafez al-Assad becomes the President of Syria.  During his time in power he stabilized the country using his authoritarian power and sometimes committing brutal acts.

2000 President Hafez al-Assad died in office in June of 2000.  He was succeeded by his son Bashar al-Assad the following month and continues to rule Syria today.

2011 The year 2011 was marked by protests against oppressive governments across the Middle East.  The protests were collectively known as the "Arab Spring" and it forced major changes to occur in Tunisia, Libya, Egypt, Syria, and other countries.

2011 Protests began in March in the southern province of Deraa.  People in Deraa protested government actions and government responded by cracking down hard on the people.  But the Deraa protests sparked Syria’s Arab Spring and eventually spread to major cities across the country.   The leader of Syria attempted to crush the protests and it resulted in an all-out civil war.

2012 The government of Jordan, with the assistance of the United Nations, opens the Zaatari Refugee Camp.

2013 The population of the Zaatari Refugee Camp population rose to 202, 993 and became the fourth largest city in Jordan.

2014 In August of 2014 the population of Zaatari Refugee Camp stabilized at around 80,000 refugees.  It continued to be the largest Syrian refugee camp in the world.

2015 Russia, which already had a naval base in the Syrian city of Tartus, began increasing troop levels and deployed attack aircraft to Syria.  The Russian military troops and aircraft increased their support of the Syrian Government.

2015 At the end of September Russian military aircraft started bombing rebel positions in support of the Iraqi Government.